Don’t just listen to the surf, or look out on the sea from the beach down the lane. Book yourself on a whale watching or sea safari with any one of a number of skippers whose boats call in to Reen Pier.

Colin Barnes runs Cork Whale Watch from Reen pier on his blue catamaran the Holly Jo, offering four hour excursions to see whales, dolphins, seals and any other marine life he is aware of.

Tom Collins will take you out from Reen Pier on his boat Loch an Iasc, for whale watching, but also sea angling, with some fine shark, wreck and reef fishing just offshore. Make a booking at seaanglingcharters.

With all sea activities, wear an extra layer of clothing – it’s always chillier at sea than it is on land. 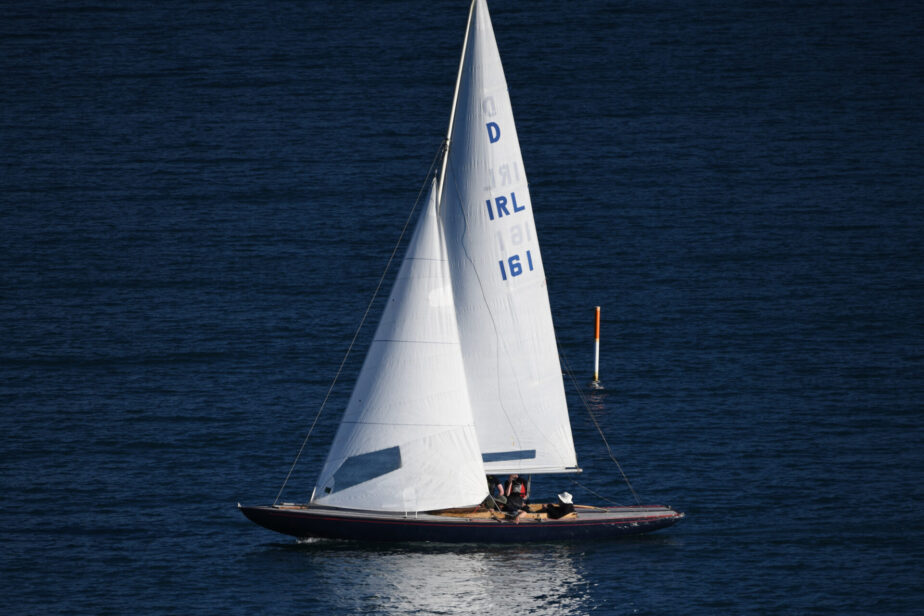 In the next harbour along is a thriving sailing club, Glandore Harbour Yacht Club. They offer the full range of ISA sailing courses, powerboat instruction, women-on-the-water evenings and one-on-one sailing lessons for everyone from 9 to 90 years old. 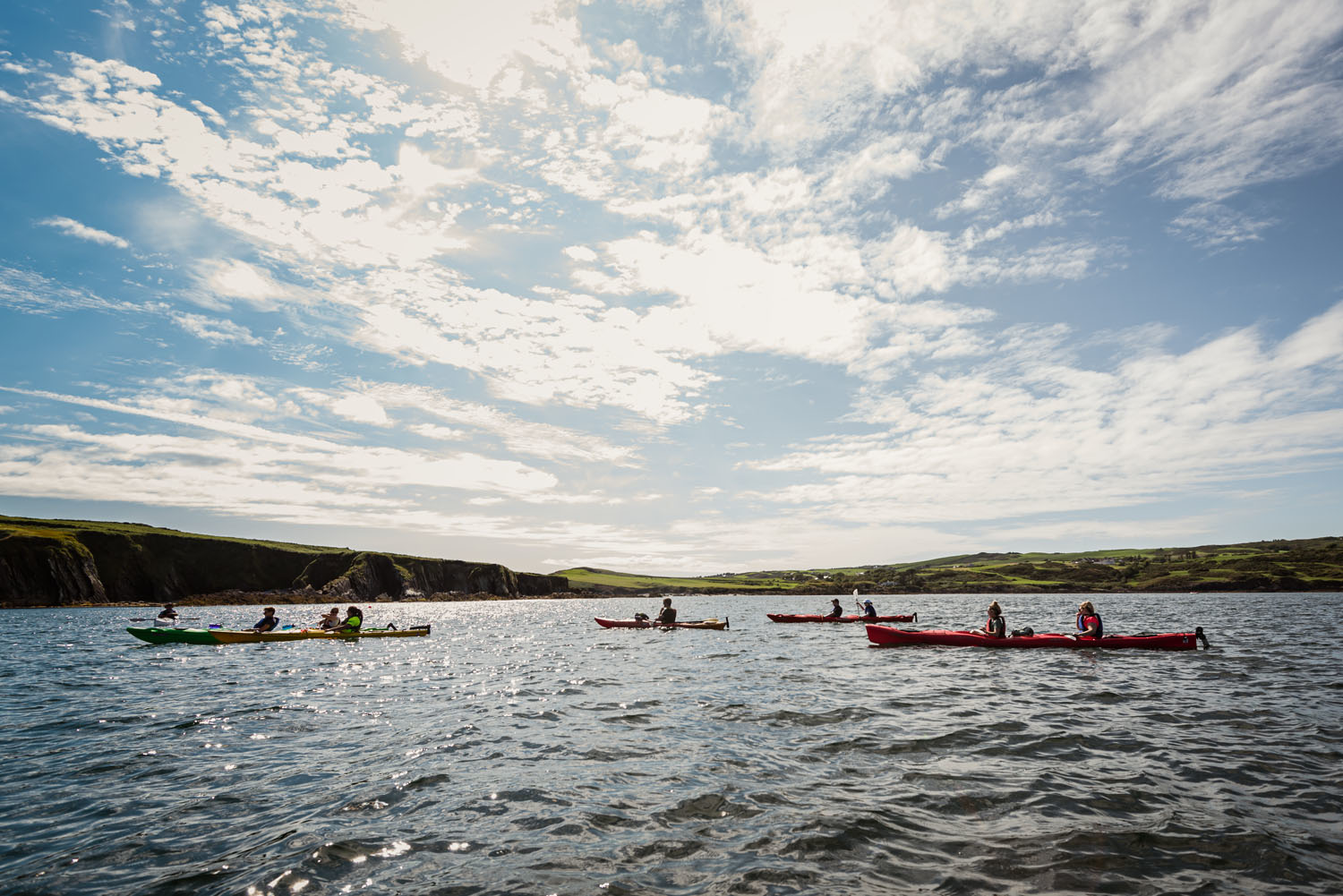 Go on a guided sea kayak tour of Castlehaven Bay, or further afield round Rabbit Island or the amazing sea-loch Loch Hyne. Atlantic Sea Kayaking is based at Reen Pier, a quick 5 minute walk down the hill from us. All equipment and training provided. They’re busy in the summer, so plan well in advance if you want to coordinate a stay with us with a kayaking adventure.

Go to their site to book direct – mention you’re staying at The Long Barn! 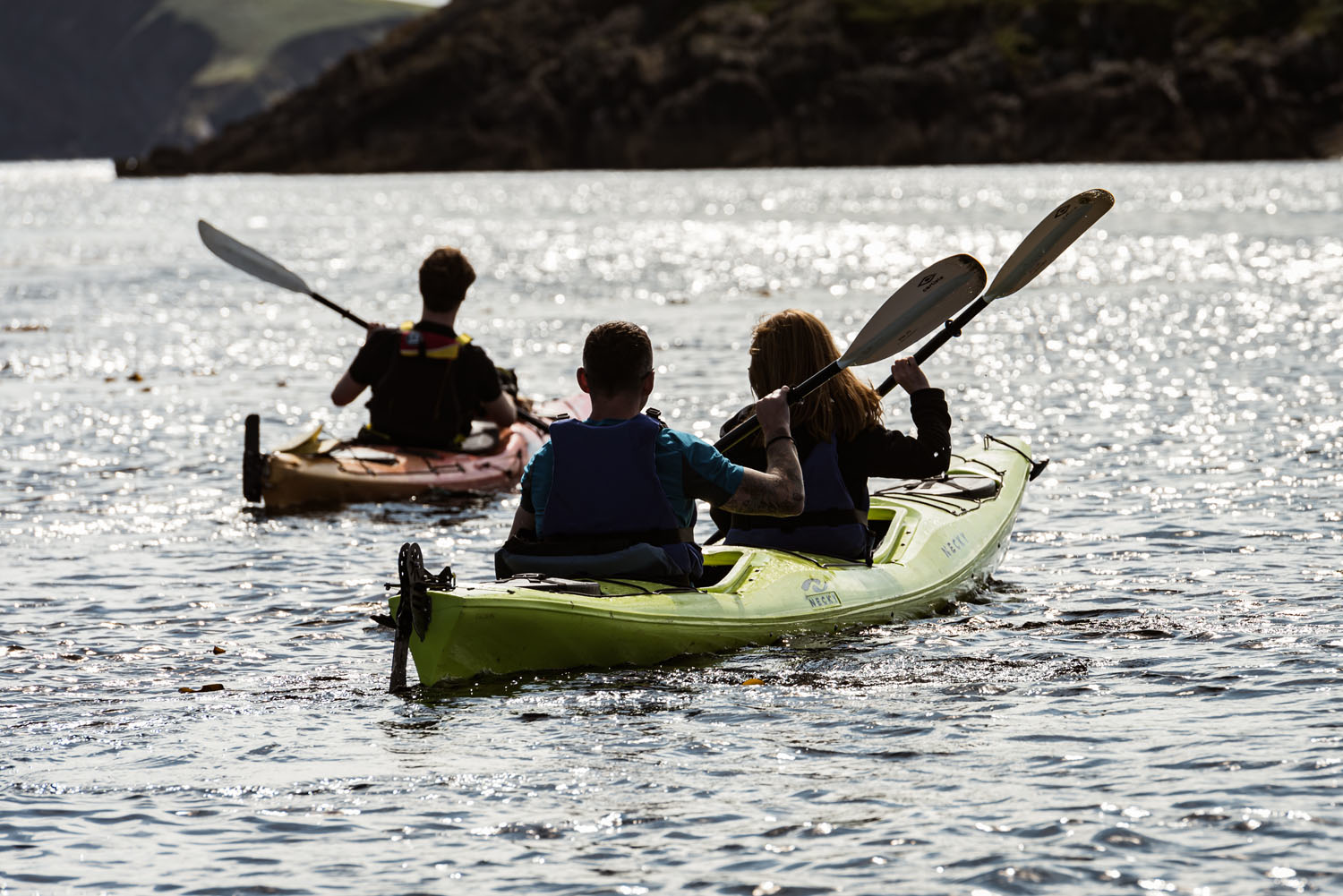 Night kayaking just below us in Castlehaven Bay is a truly remarkable experience. Go out at dusk and marvel at the astonishing bioluminescence revelaed as the sun sets. Atlantic Sea Kayaking are based just below us on Reen Pier, a quick five minute walk down the hill. Book direct on their site well in advance, since it can be very busy in peak seasons. If golf is your thing you have an abundance of courses within half an hour’s drive and some world class challenges a little further afield.

Play locally at the Skibbereen Golf Club, a parkland course 15 minutes’ drive away. Another parkland course, Clonakilty Golf Club, lies in the grounds of the fairytale Lisselan Estate a little further afield in Clonakilty. Further afield in the other direction are Bantry and Glengarriff courses, with fantastic sea views from most holes. An hour away east are the world class Old Head course at Kinsale, and of the numerous courses around Cork City, perhaps Fota Island, three times host of the Irish Open with its three 18 hole courses, is among the best. (It does have the advantage that there’s also Fota Island Wildlife Park nearby for the non-golfing members of the family!)

Need a trolley? We have a few in the garage.

Please note, there is a minimum stay of 5 nights 1st June to 30th September, and 2 nights April, May and October.

View from the living room window